3 Warning Signs That Your Car's Catalytic Converter Is Failing

If you have noticed that you are having to stop to fill up your gas tank more often, the problem could be a clogged catalytic converter. As part of the filtering system for your vehicle's exhaust system, the internal section of the part that resembles a honeycomb is constantly exposed to the dust, dirt, and byproducts that come through your engine.

When this honeycomb becomes clogged up, the air flowing through your engine to your tailpipe becomes partially blocked. This makes the motor work harder to force out the exhaust, which uses up your fuel faster than normal.

As the buildup in your catalytic converter increases, the lack of proper air flow and exhaust output can put a strain on your engine. As a result, you may have trouble accelerating when you try to give you car gas.

You may notice a sputtering noise that is accompanied by a jerking movement while the motor tries to accommodate your request for more speed. You may be unable to go up steep inclines without slowing down to a crawl.

Eventually, as the converter becomes more clogged, you may not be able to climb small hills without the engine cutting out. This is a sign that your converter is almost completely clogged up and should be replaced as soon as possible.

If the clogged up catalytic converter goes too long without being replaced, you will find it difficult to start your car. Because the air flow has become almost entirely blocked, the increased pressure and strain on your engine could make the motor shut down completely.

Even if you are able to get it started, you risk more damage to your engine, such as a blown head gasket. Especially if you have noticed one or both of the other signs discussed above, you should replace your catalytic converter before it damages your entire system.

If you notice one or more of the above warning signs, your catalytic converter may be clogged up and getting ready to fail completely. If so, you may want to speak to an auto parts store representative about finding a replacement catalytic converter, as well as see if they will replace it or recommend someone to do it for you. 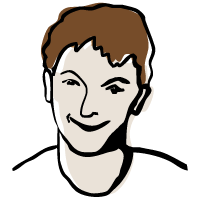 I grew up around auto shops from the time that I could walk. I've had a love for cars and engines for as long as I could remember. That passion has led me to learn everything I could about how engines work. I took that knowledge and expertise and turned it into this blog hoping that the resources here would help others who weren't so experienced. There are a lot of basic troubleshooting techniques that can save you in diagnostic fees with your mechanic. I hope that the information here helps you to better understand your car and keep it running at its best.